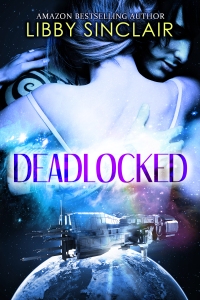 In space, no one can hear you bicker…

Brielle Connors, former officer for the elite bounty hunters the Cavalier Security Corp, is on a mission. To get her job back and make her old boss and ex-boyfriend look like a fool. After weeks of research and leg work, she finally discovers the holy grail of bounties and sets out to reel it in. Only, the alien Tulan bounty hunter, Finn Strydom, beats her to it. Rushing to the payload and bickering all the way, the two find themselves stranded on an abandoned ship with no hope of rescue. A last minute confession leads to a hot close encounter as the two face death. 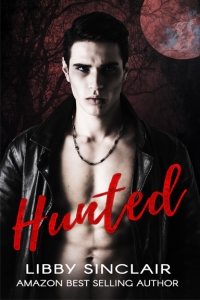 Enemies by nature. Allies by necessity. Lovers by fate.

Bound for an off-world job, Morgan Sandoval had a fling with a sexy stranger during her final night on Earth. But it’s the last thing on her mind when her deep space transport arrives at its destination, and the crew and passengers are forced to abandon ship. She, and a small group, crash land in an escape pod, and are stranded miles away from civilization, with no way to communicate with the other survivors. Undeterred, she scavenges for supplies, and the group marches to the closest settlement only to discover it’s abandoned. Worse, people begin disappearing in the night then all hell breaks loose. As if in a nightmare, vampires attack, and her one-night stand is one of them. When he swears he wants to help her, can she trust him? Or is she just prey for the hunters?